Our landscape is a rich mixture of moor and grassland hills, woods, rocks, rivers and wetlands, spanning upland and lowland, but good habitats are now fragmented.

Nature recovery is about both rare and common species, and the varied communities of mammals, birds, plants and bugs which all link with other species and with natural processes and functions in a complex web.

The priorities for nature recovery in the Shropshire Hills are the focus of our area initiatives and project work.  They include:

We are currently preparing a Nature Recovery Plan for the Shropshire Hills. 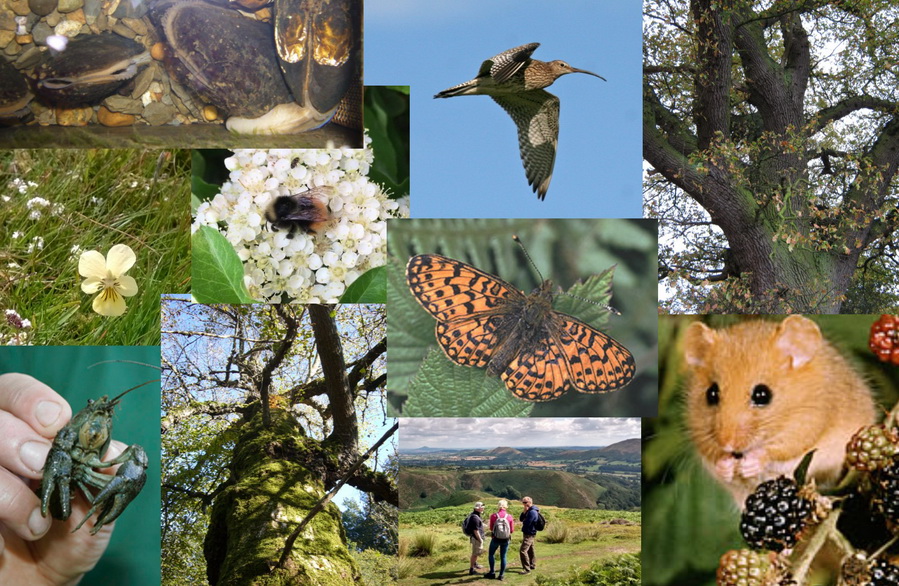 Nature Recovery illustrated through a few of our important species:

Oak (Quercus robur & Quercus petraea): Two species of Oak, supporting more life than any other native tree species in the UK. One of our most important trees, reminds us that we need to cherish and care for our ancient semi-natural woodlands, as well as increasing tree and woodland cover in appropriate ways with a mix of suitable, mainly native trees and shrubs.

Black poplar (Populus nigra subsp. betulifolia): One of the most endangered native trees in Britain, With male and female trees, but likely to be pollenated by none-native and hybrid poplars so dependent on clonal propagation for their survival. The Shropshire Hills is a national stronghold, and has had a successful propagation and planting programme.

Bilberry bumblebee (Bombus monticola): One of many important pollinators, this upland species is found on bilberry and other heathland plants, also using grasslands nearby. Moorland needs careful management of grazing to maintain a mosaic of suitable habitats.

Earthworm (Oligochaeta): 29 earthworm species in the UK, vital in maintaining soil structure and fertility as they aerate the soil, improve drainage and bring nutrients to the surface. Numbers can be restored by regenerative farming practices.

Curlew (Numenius arquata): Our largest wading bird but rapidly declining in the UK and Europe. The Shropshire Hills is a fragile stronghold where it is found nesting on farmland rather than moorland. Needs low intensity, diverse grasslands and wetlands, and also, due to now very low populations, some targeted predator control.

Dormouse (Muscardinus avellanarius): Tiny and rare hibernating mammal which needs connecting networks of dense hedges, scrub and woodland, especially with hazel. These wildlife corridors benefit many other species too.

Pine Marten (Martes martes): Elusive and nocturnal dependent on woodland cover. The first confirmed sighting of a pine marten in England for over a century was recorded in the Shropshire Hills.

Humans (Homo sapiens): Humans; highly intelligent primates now the dominant species on Earth. We are part of nature, and depend on it for clean air and water, soil and food, and it hugely benefits our wellbeing. We need to re-establish a harmonious relationship with our fellow species.

Sphagnum moss (Sphagnum sp.): There are around 30 different species of sphagnum in the UK. A natural sponge, holding astonishing amounts of water, and accumulating to form peat, one of the best carbon stores. Re-wetting suitable hill land and protecting smaller headwater flushes will enable it to thrive and to regulate our river flows. 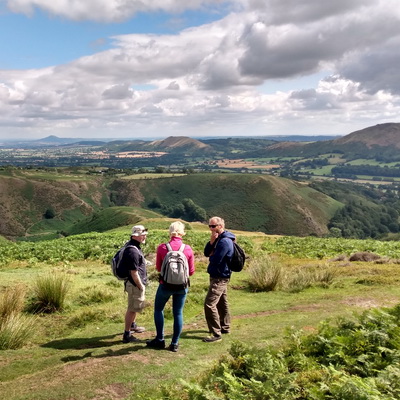