Many ancient features survive in the Shropshire Hills which has seen less change than many parts of the country.  Defences such as Offa’s Dyke, Iron Age hillforts such as at Caer Caradoc and Bury Ditches and medieval castles and fortified houses such as Clun and Stokesay, tell of centuries of turbulent Marches history.

The AONB has the greatest concentration of medieval castle earthworks anywhere in Britain, and iron age hillforts crown most of the hilltops.  Stone and timber-framed buildings in a variety of styles reflect the diversity of local materials available, and there is a rich variety of churches and churchyards.

The Shropshire Hills Discovery Centre in Craven Arms is a great starting point to find out more about the landscape, its heritage and conservation.  The Centre includes an award winning cafe, interactive exhibition, gift shop and information point.  There is also 30 acres of riverside meadow to enjoy and waymarked walks to help you explore surrounding countryside.

Scroll down for more links to help you expore...

Acton Scott Historic Working Farm, near Church Stretton, tells the story of how Victorian farming shaped the Shropshire Hills landscape. Practical demonstrations and courses are offered as well as permanent exhibits, in a lovely and extensive setting.

Clun Castle, dramatic ruined 13th Century keep beside the river and the town.

Wenlock Priory, ruins of a Cluniac priory dating back to the 1100s in a tranquil garden setting on the fringe of Much Wenlock.

Other historic sites open to the public:

Hopton Castle is a medieval ruin between Craven Arms and Knighton, and scene of famous Civil War siege.

Flounders Folly is an 80 foot tower on Callow Hill above Wenlock Edge built by Benjamin Flounders in 1838.

Wilderhope Manor is owned by the National Trust and run as a youth hostel. The Elizabethan gabled Manor was the home of Thomas Smallman, a Royalist Major during the Civil War. Pursued by Cromwell’s soldiers, he is said to have escaped by jumping his horse off Wenlock Edge at ‘Major’s Leap’.

Shipton Hall is a stunning Elizabethan manor house, built in the 16th century by John Lutwyche. It is a family home but can be visited on specific days from Easter.

Offa’s Dyke is one of the longest linear earthworks in Britain, built by King Offa of Mercia in the 8th century. Running north to south roughly along the Welsh border, some of the best preserved sections of this important monument lie within the Shropshire Hills, providing the route for the Offa’s Dyke National Trail and other walks. The Offa’s Dyke Centre in Knighton provides an interactive exhibition along with other information and a shop.

Bury Ditches, between Clun and Bishop’s Castle, is one of the best preserved multi-vallate hillforts in England, and managed by the Forestry Commission.  You can walk up to the hillfort from the car park.  Cycle routes and walks are waymarked through the woodland. There are a couple of picnic tables close to the car park.

The Clee Hills and Stiperstones in particular have seen periods of thriving industry such as lead mining and stone quarrying, often with haphazard ‘squatter’ settlement.

The Bog Mine and Bog Visitor Centre - during the 1870s the Stiperstones area was one of Britain’s main sources of lead. The Visitor Centre is the old Bog school and includes cafe, local crafts and displays about the are'a mining heritage.

Snailbeach Lead Mine – walk between the tall chimneys, engine houses and tramways at this extensive restored mine site, or go underground on one of the many open days.  Parking at Snailbeach Village Hall.

The restored miners’ cottages at Blakemoorgate - high on the hilltop above Snailbeach, the cottages provide a fascinating insight into life in days gone by.  You are welcome to explore the site, which is owned by Natural England.  The cottages themselves are open on the first Sunday of the month between April - October, 11am- 3pm - see Natural England facebook page).

The Clee Hills - Titterstone Clee is unique in being the only named hill to be shown on the 14th century map of the world “The Mappa Mundi” preserved in the library of Hereford Cathedral.  The summit has the highest and largest hillfort in the county with associated Bronze Age earthworks, while the landscape around tells the story of human occupation through ancient coal mining bell pits to large scale stone quarrying and one of the earliest hydro-power systems developed in 1885. There is parking available at the head of the road from Cleehill village.

Brown Clee - it's twin-peaks, Abdon and Clee Burfs (Abdon being the highest point in Shropshire) are crowned with impressive Iron Age hillforts and Bronze Age cairns.  Coal was mined since the Middle Ages. The last workings were for the hard black stone, Dhustone, that covers the Country roads.

Other Sites and Useful links 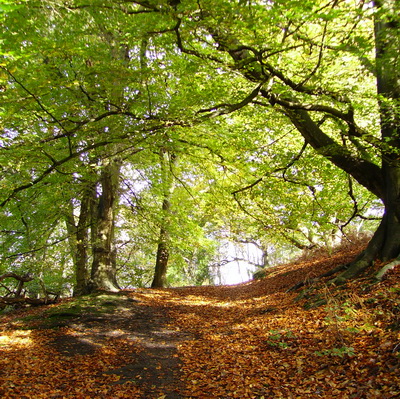 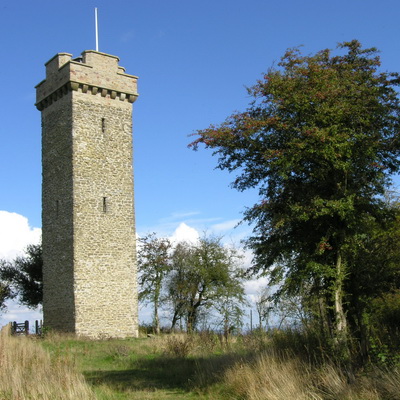 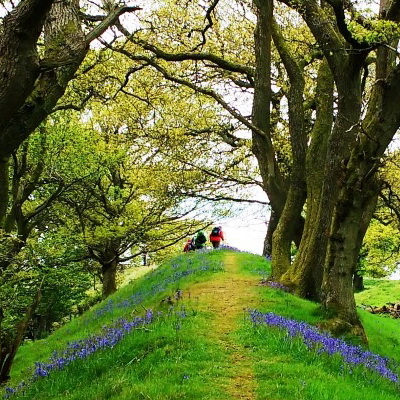