This large part of the AONB contains very contrasting areas, but is characterised by the influences of the minerals industry, of traditional farming and of larger settlements further to the east.  Maintaining and enhancing quality in the landscape and making the most of the area’s undervalued features of interest are important challenges for the future.

The south-eastern part of the AONB is dominated by the main hills of Brown Clee (Shropshire’s highest point) and Titterstone Clee.  Heath and common land on the tops of these are accompanied by disused and active quarries as well as prominent telecommunications and radar structures.  The mark of industry is strong here, and the beauty of a harsher kind than elsewhere in the AONB.

The Clee Hills are a distinct area of uplands separated from those further west.  There are some significant areas of common land including Clee Liberty, Clee Hill and Catherton Commons.  The hills are surrounded by a high plateau of sandstone with red soils and mostly enclosed pastoral land.

Villages are often small and scattered, and there are some medieval deserted settlements.  Clee Hill is the largest village, and bears a strong influence of past and present mining and quarrying.  The high point of the A4117 on Clee Hill Common provides remarkable views south to the Malvern Hills, Herefordshire and beyond.  The old squatter settlements associated with former mining result in a surviving pattern of small land holdings, including non-agricultural uses.  Small hay meadows and high quality grasslands survive in amongst these.

In the west the area extends to the perimeter of Ludlow and along the edge of the Corve Dale, where larger traditional country estates are found.   To the east lie very rural villages like Ditton Priors and Burwarton, but there are increasingly good links with the market towns of Bridgnorth and Cleobury Mortimer, and also more commuting to the West Midlands conurbation.  There are substantial woodlands on the eastern flanks of Brown Clee near Burwarton.

The issues of change in farming, especially in the livestock sector, are found here as elsewhere.  The proximity of Ludlow and its local food culture is a factor in the south and west of the area.  Woodlands are also a valuable resource in the area, and retaining their landscape value is important as they are affected by fluctuating timber prices and trends such as increased use of woodfuel.

There is pressure for development, including large poultry units, tourism and affordable housing, and concern about appropriateness in the way these can be carried out.

The AONB Partnership supported a Clee Hill Partnership for the area around Titterstone Clee, which has currently lapsed but there is some local interest in reviving it.  The Clee Hill Community Wildlife Group is well established.  Clee Liberty common is participating in the national Upland Commons project. 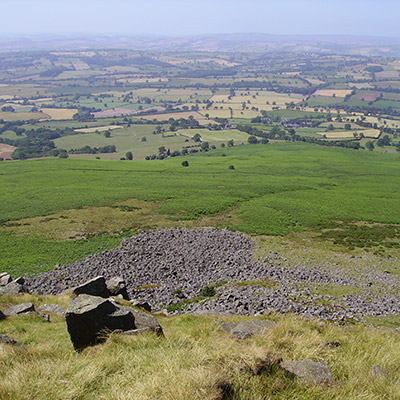 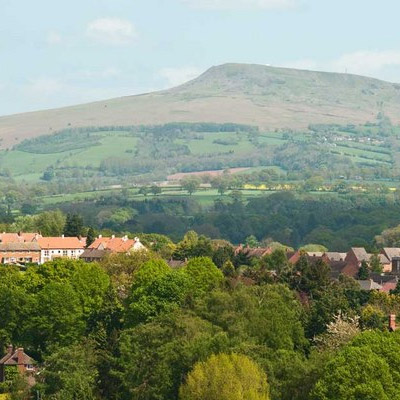